Contact us RSS
You are using an out of date browser. It may not display this or other websites correctly.
You should upgrade or use an alternative browser.

Regarding some recent events and atttudes within the communty

It has come to our attention recently that there has been a lot of negative attitudes towards both other members and members of our command teams. This isn't something we're happy to hear and needs addressing. I tend to avoid making posts like this since they can seem quite negative and that's not how I want to see things going here. When myself and @L.Sippitts worked together to set up this community, we wanted to make it a happy, energetic and safe place for people to be able to play without the very strict rules and harsh structures of other communities similar in style to ours. @JB set this community up with a few friends quite a while back but never really made it with the intention of growing it and having many players on it, it was more of a play; make friends on the server; get promoted but realistically this structure would never have survived the time it has here. Each and every feature you see on the community side has been made by our hard working teams in command, we in Gold Command created the structure for it to built off but divisions were mostly built up by their divisional heads. The server updates are done by a really dedicated few developers who enjoy making the content for you guys to enjoy, the same as we in Gold Command enjoy pushing out new stuff and reworking older stuff to keep you happy.

This does bring me onto my first point and that is the way that some people treat each other. For a while we had a lot of bullying cases and our Professional Standards Department was quite busy with complaints related to bullying and harassment cases. We managed to drive a lot of this out and make it known that the sort of behaviour demonstrated around that time isn't accepted here. It isn't funny, it isn't cool and at the end of the day it makes other people think badly of you. As a team, Gold Command / Senior Staff started handing out harsher punishments and giving quite a lot of education as to why it is wrong to treat others badly. This for a while worked and we were really glad to see that happening, that was up until recently when I've noticed trends in the amount of attitude command members are getting from each other and from members of the general community. I think it is only right that I speak about my own experiences here and explain why this isn't fine and why every person reading this should take a minute to think.

As Gold Command, we let command teams and often members of the community and every decision we make for the community is based off what the minority want rather than what a general majority want. Often the decisions we make would be things we would want ourselves, but realise that the community would benefit from the most. Our aim has always been and will continue to be to make some people we can happy, sadly we'll never be able to please everyone and that's just life but we will always do our best to do the best we can for our community members since it is you guys that give us the money.

Over the last two weeks, I've had a lot of people commenting on inactivity. People saying "Gold Command are inactive", "Tom you're inactive" etc. a lot of the time I think it is intended as a joke, but I can say for sure that a few times it has been said I could tell there was some underlying feeling behind it. I feel the need to clarify here that over the past week I've been working on rewriting PSD with @Lewis. S94, discussing potential training changes with Cal, working with a bunch of command members on their plans and aspirations for their divisions within the community. I'll be the first to admit that over the past few weeks I've not been on the server as much or speaking in the lounge as much as I'd like to be able to, but that's because I've been sat in my bed trying to bring you the updates that you guys want and need and it almost feels disrespectful to constantly be called inactive and useless.

I'm the only one who has been feeling this, I have spoken to other command members who have shared recent experiences much like this too. I won't share their stories since it is up to them whether they want to, but they are welcome to reply to this thread and give their side to if they want too. However, if it is an issue that is making myself and other members of the command team feel crap most days, it needs nipping in the bud before it grows any bigger. I think if this issue grows too large then you will end up seeing members of Senior Command dropping quickly and lower command following soon after. People in command come on here to work on stuff for you each day and so do the development team so giving that little bit of respect would just go a long way towards giving a morale boost for a lot of people.

Another thing that has been brought to my attention from both developers and from my command teams is the amount of people asking for something and then complaining when it isn't done within the 24 hours after that. If something is requested and it is urgent, of course our team will endeavour to get it done as soon as they possibly can but the majority of us work from a priority list and for things that aren't classed as urgent they won't always be done immediately. For example, I have 0 tasks I have to complete by tonight for the community. This is just one of them, if I am asked to do any other jobs then those are jobs that are added to my daily list. If they are bigger jobs or I realistically cannot complete them today, they will be added to my to-do list to complete tomorrow or in the coming days after depending on priority. Most of us work in this way and I think the general, wider community needs to smell the roses and see this and some command teams need a moment to reflect on how we probably have lighter workloads than you might expect. I'd much prefer to be laid out on a deck chair right now smoking a bong, but if I do that then things get left and things take longer to do. This is the same attitude a lot of command teams have and they put a lot of spare time into doing this, often coming straight home from their day job and spending hours writing things up. If a command member says something should be ready soon, or by a certain date, then please give them hate and abuse if it doesn't meet that deadline since this can take time and can often be delayed by other unpredicted daily matters which crop up all the time.

This doesn't mean we want people to hit the opposite extreme though, we don't want you to feel you can approach command teams or developers and speak to them because they will never be happy to hear from you, the same as us in Gold. However, be considerate. Is your matter that urgent? Does it need doing immediately? If not, why not just drop them a few messages and it can be added to their to-do list and they can get round to it when they get a chance. We've all got things to do outside the community too, so please just spare a thought for the fact people already dedicate far more time than they need to into PoliceMP.

To summarise, I would like it if people would just thank the teams for what they do. Give love for the little hours people have just spent working on stuff, that form you've just filled in may have taken 2 days to plan, write and approve before you get your hands on it so why not say thanks to the person who made it? As a nation, the United Kingdom is really promoting the need for good mental health support right now and we don't want to be any different here. We have a fantastic system in People Services ready and waiting to help people with anything they need but a lot of the things that People Services deal with could be avoided if people were just a bit more caring for each other and had a little patience. If you held a door open for someone and they walked past you without saying thank you, would you feel fine with that? Think about that and compare it to the amount of work that's put in with little thanks in return. Often we end up just getting slated and complaints for things we do.

Thank you to everyone who sat and read this, I know it is wordy and a little deep but something needed to be said on the matter. I hope this will spell the start of some change and everyone will take a minute now to sit and think about what has been said here. We love working to make the community a better and happier place but we would really love a bit of appreciation in return.

For those who might be feeling a bit low, please remember People Services is always there to talk if you need it. 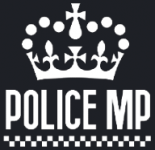 PoliceMP is a FiveM Multiplayer Server with a custom made British Police Multiplayer Script, similar to LSPDFR, including tons of british mods!

Totals may include hidden visitors.
Top